I rarely rant. But I’m having a moment. Here I go…

I still cannot believe the number of rude or uninformed people out on walking/running/biking trails. 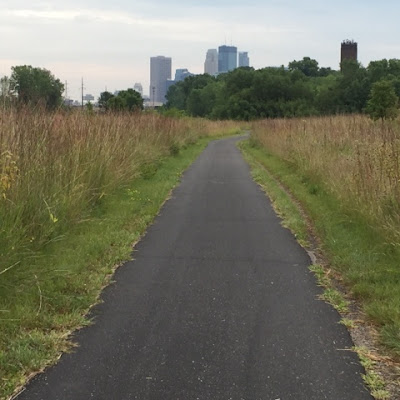 I bucket these folks into 5 categories:

This has nothing to do with anyone’s size or body shape. Just the simple fact that they take up the whole lane. Could be two people or a small group. But they leave NO room for others to pass them. Not sure if they are intentionally being inconsiderate or just clueless. I’d like to believe the later.

This has nothing to do with nationality folks. Just the simple fact that EVERYwhere in America we stay on the right side of the road. Not sure why people feel the need to switch this up on a trail. If I am at the point where I am so focused on my run or bike and the idea of stepping off to the side to let you continue on the wrong side of the road sounds exhausting – sometimes I secretly just stay where I’m put. Like a lil game o chicken! Who’s gonna give in?! Ok it’s usually me if the other person is too stubborn. But it should be them 😉

Dog are cute. Dogs like to run. Get it. I don’t understand dog owners who let them meander all over the path. This is dangerous for everyone involved. Especially if someone is passing on a bike. I don’t want to run over your dog. I don’t want to flip over my bike. Hold that pup in tight or an accident may happen. Not my fault.

People who make sudden movements on paths scare the crap out of me. I can’t tell you how many times I’ve had to swerve out of the way or slam on my breaks suddenly. If people were to simply know their surroundings before making a sudden change in direction it would really help out. It’s like a car suddenly swerving in to your lane. Even though you knew your surroundings you never planned on that. We check out mirrors and look around in cars. We should do the same thing out on the trails.

5. “Path Rebels”
Most public trail paths have two options – one for bikers (which include other wheel sports like rollerblading, skateboarding, etc). and one for pedestrians (walkers, runners, strollers, etc). I am still baffled by the people that do not understand this. As a biker I get superrr annoyed if I need to slow down or stop to pass someone running. You are five feet away from a perfectly perfect running path yet you think you’re going to “out-run” a bike? Sorry sista it aint happenin.

Wow. I think that was enough for the year. Deep breaths. This probably comes from years of training on both paths and multiple close calls. Happy I have quick reactions from years of soccer

Positive messages coming back to you shortly ha.

Tell me I’m not alone in some of these thoughts?!

« You Are What You Wear
Pacing My First Race! »